“We’re all part of Jackie’s army”

Full disclosure. I was born in 1993 so Jack Charlton as both a player and a manager were before my time. However as an avid football fan I have grown up with tales of Italia 90 and the surrounding years that will live on for generations as ‘The Golden Era” of Irish football. Man, Myth, Legend. 31 years later and here I am, writing a blog about it. There’s power in that. There’s power in the memories that live on. My parents often tell me the story of how they spilled out onto the streets of Wicklow following the last 16 victory on penalties vs Romania. People were everywhere, squad cars draped in people, blaring the sirens and beeping the horns. A moment when time stood still. I wish I was there, what more can I say.

Last Tuesday night I sat down with my mum and dad to watch “Finding Jack Charlton”. It was my second time watching it and if anything the effect the second time around was even more profound. Watching it with people who lived through the events is different, there’s added context as they could add their memories to the narrative unfolding on screen. The film tells the story of his special relationship with Ireland and ultimately his battle with dementia toward the end of his life. If you haven’t seen it, I couldn’t recommend it more. It is beautifully made and masterfully told.

I think we’ve probably all known someone who has suffered with dementia. My granny suffered with it toward the end of her life and I think it would be hard to watch this film and not relate and feel the emotions of his family on screen.

This man, this world cup winning hero who lived life to the fullest. A man who did more for Anglo-Irish relations than any politician could dream! He fought a battle that is close to everyone in this country and beyond. Seeing this icon of folklore who shook Irish football to its foundations by not only qualifying for the world cup but proceeded to “put ‘em under pressure” and reach the quarter finals, struggling to hold on to his wealth of incredible memories. It’s powerful, and the first time I watched this movie I was really caught off guard by how deeply that struck me.

There’s an incredible moment toward the end of the film where Jack in his later years is watching clips from his time in charge. There’s a brief flash of clarity and he bursts out, “Paul McGrath” as the video shows Paul walking by the camera. A brief moment where the memories were so powerful they broke through and you saw the man. I lived moments like this with my granny and I’m sure you’ve experienced moments like this with your loved ones. That scene simultaneously brings the widest smile to my face and the biggest of lumps to my throat.

Now I know what you’re thinking, “Liam, this is a gym blog what does Jack Charlton and a film have to do with that?”

What this film ultimately conveyed to me was to stop wishing time away. I’m a dreamer, often thinking several months or several years down the line and that is at the expense of the moment. The here and now has so much to offer no matter how much doom and gloom there is out there.

At Wicklow Strength and Fitness, it’s always been the mission to provide people with the best hour of their day. It’s not just about the gym (which is great), it’s about the experience. I want you guys to LOVE coming here.

It’s a simple theory and it’s worked for me. I have memories from the last 6 years that I will cherish forever thanks to WSF and the people here. I also have fantastic friends outside of the gym whom I’ve shared my whole life with. I’ve always taken it for granted, chasing future glories, dreaming of what’s to come but this film certainly made me pause and reflect.

Things are dark at the moment but in time, it will become a distant memory. My parents when they think of 1990 are transported back to those glory days of Jack Charlton’s Ireland team. They don’t recall the negatives. When I think of my granny in the last few years of her life, I remember those moments of clarity instead of the harsher moments with dementia.

Even now, when things are bleak, make sure to cherish those bright moments with friends and family when they happen. Turn off your phone and be present. Take it all in and smile. There will be positives to come from this time. Whether you learned a new skill, made a new friend or discovered a new passion for something like sea swimming. Smile.

When the pandemic is a thing of the past we’ll get back to making memories in the gym. Boy do I have some fun plans for those days! Until then, don’t discount the small, seemingly insignificant moments. In time, they may be something you hold dear to your heart.

“We’re all part of Jackie’s army…” 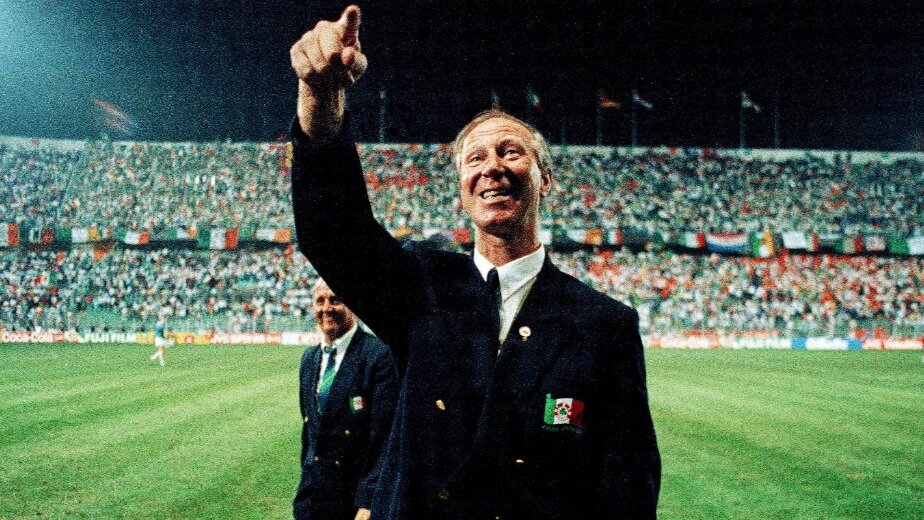 4 thoughts on “Jack Charlton, a kid born in ’93 and the power of memory”

A Message For Your Future Self

If you could write a message and put it in a box that gets delivered at a future date, what would you say? Most people…

The Toothbrush and Forming Good Habits

Most likely you don’t need to set a New Year’s resolution to “start brushing your teeth” once the holidays are over (flossing is a whole other story, haha, so stick with tooth brushing for now as we talk through this analogy).

It’s not my story, it’s not Chad and Clara’s, it’s not the staff’s.

It’s yours. The members.

Book a free intro today so we can learn all about you, your goals and how we can help you reach them
Free Intro
This website or its third-party tools process personal data.
You may opt out by using the link Opt Out
Privacy & Cookies Policy